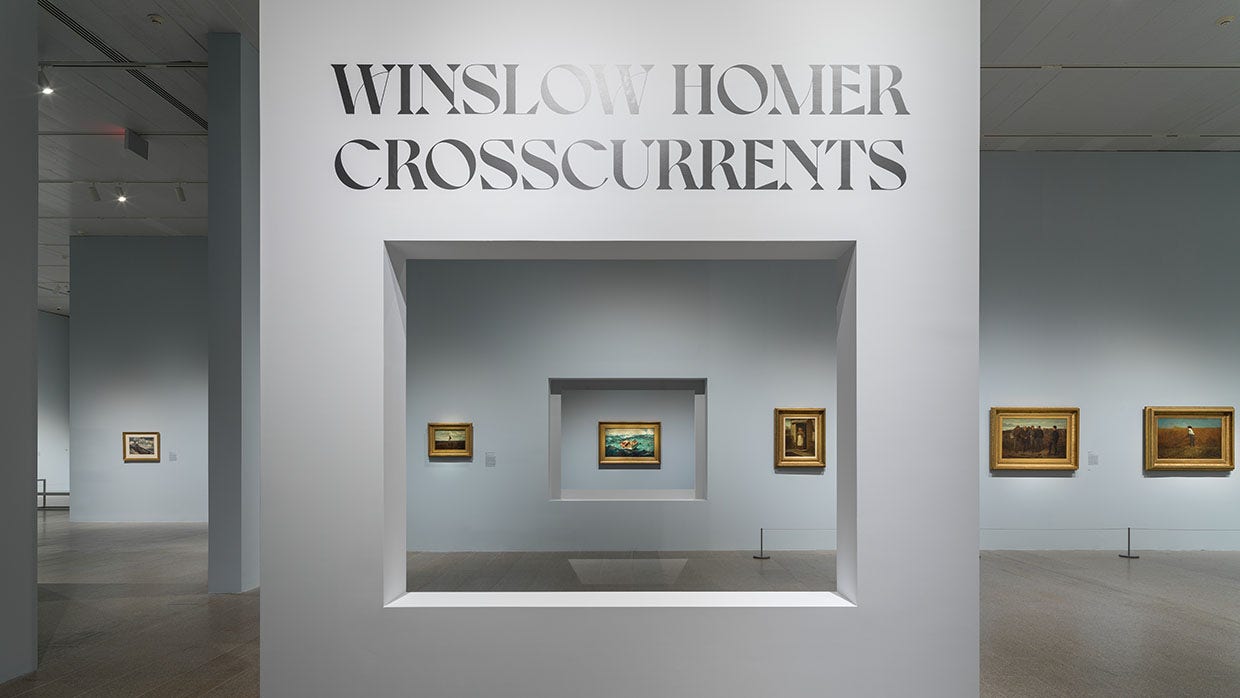 Winslow Homer (American, 1836–1910), considered one of the most important American artists of the 19th century, is renowned for his powerful paintings of American life and scenery. Winslow Homer: Crosscurrents, currently on view at The Met Fifth Avenue, reconsiders the artist’s work through the lens of conflict, a theme that spans his prolific career. Featuring 88 oil paintings and watercolors, this major loan exhibition represents the largest critical overview of Homer’s art and life in more than a quarter of a century.

The Met Store is delighted to present the accompanying exhibition catalogue, along with a brand-new line of items—apparel, accessories, stationery, art supplies, custom art prints, and more—produced in conjunction with this pioneering show.

Boasting 140 color illustrations, as well as insightful essays by the exhibition’s curators and contributions by other leading scholars, Winslow Homer: Crosscurrents focuses, for the first time, on the watercolors and oil paintings Homer made during visits to Bermuda, Cuba, coastal Florida, and the Bahamas. Recognizing the artist’s keen ability to distill complex issues, the publication upends popular conceptions and convincingly argues that Homer’s work resonates with the challenges of the present day.

The centerpiece of the Museum’s exhibition, The Gulf Stream (1899, reworked by 1906), graces our tote. This iconic work, a highlight of The Met collection, is often considered the most consequential painting of Homer’s career. An allegory of human endurance amid the forces of nature, it also addresses the racial politics of the time and the imperialist ambitions of the United States.

This striking 100% silk scarf reproduces Homer’s dramatic Shore and Surf, Nassau (1899). Whether at home on the coast of Maine or traveling the epic Gulf Stream, Homer painted numerous seascapes rife with intensity, many of which are on view in the exhibition. Through the years, the artist visited Nassau, capturing the Bahamian capital's sublime beauty and mercurial weather alike.

Find all these items and more—including tees, coasters, stationery, and art supplies—at The Met Fifth Avenue and on our website. Get them now before the exhibition closes on July 31.

And be sure to check out our range of customizable Winslow Homer art prints over at Met Custom Prints.

Jacob Lawrence and “The American Struggle”