A Conversation with Madeline Weinrib 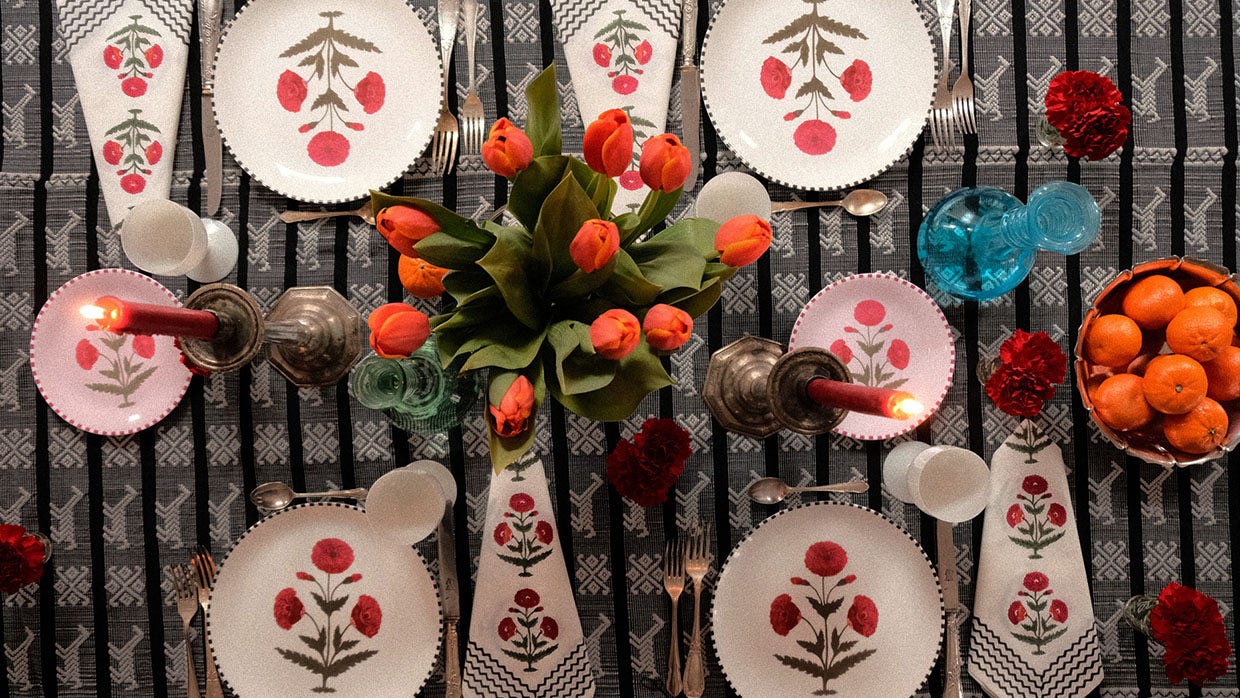 For those in the know, the name Madeline Weinrib conjures visions of dreamy textiles where art meets craft. After all, Weinrib was an established painter before pivoting to design, which informs the poetic patterns that distinguish her coveted home decor.

She weaves heritage into her contemporary designs; at once traditional and timeless, playful and sophisticated, they often interpret motifs born from the Islamic world. Her practice of collaborating with craftspeople from India to Uzbekistan fosters industry for the benefit of their communities and helps preserve evanescing artisanship.

Weinrib brings her many talents to the Heirloom Project, an initiative celebrating the 10th anniversary of The Met’s reimagined Islamic Wing by seeking engagement with global artisans who pursue historic techniques and design principles. We recently caught up with the famed designer to learn more about her background, her inspirations, and her special connection to the Museum.

How did you get your start as a designer?

I was a painter my whole life, and I felt that this was my destiny. So when an opportunity arose to design a small rug collection, I was ambivalent, as it felt like a radical departure. But I decided to jump into this new venture, and became fascinated by a faraway world, their motifs, textures, and culture of the weavers. I became interested in rethinking how these textiles could speak to a new generation in a modern and global context. This became my obsession for many years.

Where did the idea for the Heirloom Project come from?

The Heirloom Project came about because of Covid and the need for work for artisans during the worldwide shutdown. This became my personal quest during quarantine. At the same time, Stephen Mannello became head of retail at The Met Store and was hoping to bring in artisanal products. Thus, the Heirloom Project was born. Despite all the logistical nightmares and complexities from Covid, The Met team carried on. I am extremely grateful for all their hard work.

How do you think the designs created for the Heirloom Project might facilitate meaningful engagement with The Met collection of Islamic art and artifacts?

All the designs created for the Heirloom Project are inspired by the Islamic Wing’s extraordinarily well-curated collection. One of my favorites is the poppy motif, which is the inspiration for the dinnerware and textiles created in collaboration with the Good Earth. The poppy is a joyous and timeless motif that adds beauty to any interior.

What do you think makes craftsmanship in the vast and varied region represented by the Museum’s Islamic art department so exceptional?

We have engaged so many artisans that still work with the same craftsmanship represented in the Islamic collection. We feature hammered brass, enamel works, glassblowing, inlaid wood, and embroidery, just to name a few. These craft traditions are all represented in the Heirloom Project.

A personal favorite was to employ potters in the Middle Atlas Mountains of Morocco. These potters created arabesque forms and the rich turquoise glaze that threads through the Islamic collection.

In your opinion, why is the preservation of artisanship and craft traditions so imperative?

Personally, I feel like we are living in a time when we are in danger of losing our cultural identity through globalization. To create products that connect heritage and culture is important as a way of celebrating our differences and similarities.

Do you have a favorite gallery or space at The Met? How about a favorite artwork or object in the Museum’s collection?

The Met has so much personal history for me, as I have been visiting the Museum all my life. My favorites are constantly changing. When I was a young girl, I adored the famous Portrait of Charlotte du Val d’Ognes by Marie Denise Villers, and it always makes me smile when I now pass it by. Recently, I discovered Ronald Lauder’s armor collection. And while armor doesn’t interest me, my curiosity led me there because I admire Ronald Lauder as a collector. Though at first skeptical, I was dazzled by the artistry of the collection. This reminds me to stay curious and always look, and to remain open to new inspirations.

Shop exclusive designs from the Heirloom Project both in-store and on The Met Store website.

“Every Woman Is Unique”: An Interview with Monapetra Jewelry